Dream Daddy: A Dad Dating Simulator is an indie dad-dating visual novel developed and published by the Game Grumps; written by Vernon Shaw and Leighton Gray and directed by Tyler J. Hutchison. The game allows players to create their own custom Dad and enter the world of Maple Bay, in which he and his daughter Amanda Ann move into the cul-de-sac filled with dateable Dads. The game was released in July 20, 2017, pushed back by its prior dates due to bug fixes post-production.

Moving into the Maple Bay cul-de-sac, a single father and his daughter Amanda adjust to their new home, being introduced to the dads and kids that live there. They include:

During his time spent as a talent manager for Maker Studios, co-creator and co-writer Vernon Shaw came with the idea for the game from a joke shared with other co-creator Leighton Gray about dads visiting Disneyland, and further inspiration from the visual novel Hatoful Boyfriend. Development began after Shaw's proposal to Arin Hanson, which was immediately approved. In autumn of 2016, director Tyler Hutchison and narrative designer Jory Griffis were hired.

The game received "mixed or average" ratings on some gaming review sites.

On August 29, 2018, it was announced that Oni Press acquired the rights to publish comics based on the visual novel game and that the first issue was available through ComiXology and other digital stores.[6] 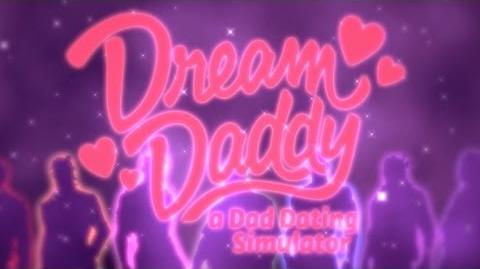 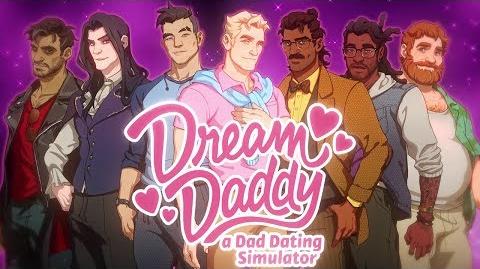 Dream Daddy (A Game From Game Grumps) - Trailer - Available Now!
Add a photo to this gallery

Retrieved from "https://dreamdaddy.fandom.com/wiki/Dream_Daddy:_A_Dad_Dating_Simulator?oldid=904"
Community content is available under CC-BY-SA unless otherwise noted.